Why Those Who Exercise Have a Good Head on Their Shoulders

Exercise doesn’t just improve physical health: it also benefits brain health through increased brain function and resistance to neurodegenerative diseases. One of the key players in this relationship is brain-derived neurotrophic factor (BDNF). 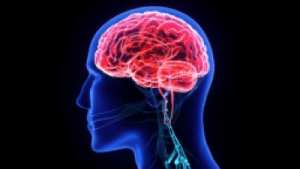 What is Brain-Derived Neurotrophic Factor (BDNF)? Neuroplasticity involves modifying the functions of neurons and the different connections within the nervous system. Being able to change neuronal networks allows the brain and the rest of the central nervous system to learn and create memories. Neurotrophins are a protein type that are involved in the growth, differentiation, protection, and survival of neurons. BDNF is a neurotrophin that, in addition to enhancing synaptic transmissions and neuronal growth, is one of the main ones that are influenced by exercise and physical activity. It is an important link between the exercise and the consequent benefits on brain health, including better learning and reduced psychiatric symptoms.

The Effect of Exercise on BDNF Acute Exercise

· Engaging in just one session of cardio exercise will elevate BDNF levels, but strength training will not

A single bout of aerobic exercise will result in an increase in resting peripheral BDNF concentration. The effect is transient in that the elevated BDNF concentration returns to baseline levels, usually within one hour. In vitro studies (studies that take place in a controlled environment outside a living organism, e.g. in cultured cells) show that the BDNF synthesized by contracting muscle cells is used for fat oxidation rather than released into circulation, but it is unknown if the same goes in vivo (in whole, living organisms).

While low-to-moderate-intensity acute exercise may be less effective in increasing peripheral BDNF concentrations in healthy subjects, they are usually quite effective among subjects with a disease or a disability. Among healthy subjects, it also appears that acute high-intensity exercise, including graded exercise tests like V02 tests that require maximal effort, solicits larger increases in peripheral BDNF concentration that lower-intensity protocols.

Studies that have looked at strength or resistance exercise have found no effect on resting peripheral BDNF concentrations.

There is heterogeneity in study results, but an increase in resting peripheral BDNF concentrations following acute aerobic exercise is a generally well-accepted interaction. Inconsistency may be a result of participant characteristics, time of measurement, and whether serum or plasma BDNF is measured.

The effect of chronic exercise on basal peripheral BDNF levels is uncertain, with varied results from different studies. In healthy subjects, an increase in basal peripheral BDNF concentrations is unlikely. In facts, athletes could have a lower basal BDNF concentration, either because of better BDNF clearance from peripheral tissue, or simply because of an increase in plasma volume due to regular training.

Where Does the BDNF Go? The return to baseline levels of peripheral BDNF following acute exercise and the absence of change in basal BDNF concentration with chronic exercise suggests that in both these two situations, BDNF clearance is greater than if the body was not exercising. BDNF in the tissue and blood could be used in the periphery for fat oxidation or muscle repair, but it may be possible that it travels to the central nervous system where it crosses the blood-brain barrier.

It has been shown that BDNF can cross the blood-brain barrier in mice.

In animals, exercise increases BDNF in multiple regions of the brain, with a particularly large response in the hippocampus, a centre of learning and memory. However, the human blood-brain barrier is different than the animal one and we cannot assume that, in humans, an increase in peripheral BDNF production results in an increase in BDNF production in the central nervous system.

The exact link between increased BDNF in the periphery and BDNF levels in the central nervous system in humans remains unclear. Nevertheless, the positive benefits of exercise on brain health are undeniable. Physical activity has valuable effects for people who are healthy, who are aging, or who have neurodegenerative or metabolic diseases. Future research in this area will aim to translate what we know about BDNF in animals to humans.

It will also be important to define more specific parameters about the exercise in order to elicit targeted functional benefits. As well, understanding ways in which exercise and the use of pharmaceuticals can interact may provide benefits that exceed those that exercise, or medications can provide alone.

About the Author: Lily is a fourth-year student in the kinesiology program at Western University, currently interning with SIRC. With a background in synchronized swimming, she continues to be actively involved in sport as a coach and varsity athlete.

← Over Training When your kids play hockey, it’s okay to have expectations about their experience →