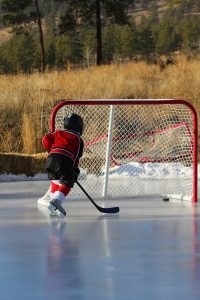 When it comes to kids in sports, specialization has become the trend. But to what end? Senators strength coach Chris Schwarz says the focus on year-round hockey has led to elite prospects who lack basic athletic skills that used to be learned on the playground. A leading health expert says there is one thing worse than early sport specialization — no play at all by sedentary youth.

Chris Schwarz has a dream job.

As the strength and conditioning coach of the Ottawa Senators, Schwarz helps keep world-class athletes such as Erik Karlsson, Kyle Turris and Mark Stone finely tuned.

Schwarz isn’t referring to those star players, nor is he citing recent flu virus issues in the NHL when he says: “I can’t tell you how we’re in trouble. It’s an epidemic.”

Schwarz is talking about the lack of athleticism among our youth, even including some elite hockey players who didn’t play other sports or freelance in the playgrounds as children. He offers this simple test for parents: “Ask your kid if he or she can somersault. See if they can play catch with both hands. Can they run backwards? Do those three things. I think most parents would be astonished that their kids can’t do it.”

Those same parents approach Schwarz at his Fitquest private strength training centre and ask him to “make my son skate fast.” Unfortunately, it’s a losing proposition if the child hasn’t first learned to run and play; to kick and throw a ball.

Surprisingly, in this era of the professional who trains year-round, some very good hockey players have come through the system, only to hit a wall at a certain point because their hockey aspirations lacked a foundation.

“We do assessments on players in the summertime,” says Schwarz, a former professional volleyball player in Europe. “I can tell if they have the ability to be a really good player by the way they see other games.

“I get kids here, and they missed this stage, because they’re not catching, running, throwing. They don’t process it. They can’t be creative. … you flick a puck over their heads, they can’t react, because they never caught a football that way.” 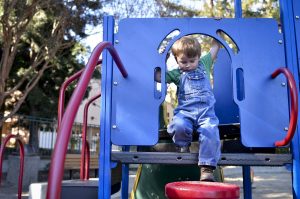 According to professional trainers such as Schwarz, an ideal developmental model for an athlete has him or her learning fundamental movement skills — crawling and rudimentary gymnastic exercises — up to the age of six. Sporting fundamentals, including running and jumping, are introduced from ages 9-12.

From 10-14, children “train to train” and learn the basics of a specific sport. Training to compete is ideal for boys 14-18 and for girls 13-17. The performance focus is the final stage, in the late teens.

If basic athletic movements aren’t experienced at a young age, the most well-intentioned athlete, even if she or he is physically mature, presents a potentially compelling shell but with no foundation.

“Movement skills, 60 to 70 per cent of that should be accomplished when they’re young,” Schwarz says. “Into mid-school, it’s less about that and more about power and strength. What we’re doing now, kids are coming to me at the NHL level, and they don’t have the movement skills. There’s no basis.”

In recent years, Schwarz says he has become equal parts strength coach and phys-ed teacher, introducing games and movements to players who missed out on that development. In some cases, it’s too late. Athletes need the cognitive ability to interpret and process information, as well as motor control. Thought, interpretation and movement work as a unit.

“If you lack one of those, you’re done,” Schwarz says.

“We’re trying to Frankenstein things,” says Schwarz. “We’re trying to take one aspect of sport and put it all together. But it has to happen in those early years, when play happens. And how can play happen with no physical education and no balls in the schoolyards anymore?” 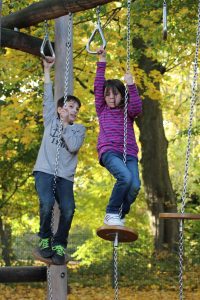 Long before concerns about athlete burnout, before LTAD and “physical literacy,” there was play. Simple, unadulterated play. We ran in parks, played road hockey endlessly and invented games such as “burby” baseball, outlining a batter’s box on a brick wall. We wrestled at recess, sometimes attracting a crowd if it was a real good tilt.

Who knew we were inadvertently building our physical literacy (a term borrowed from the academic realm) and creating a foundation for athleticism and recreation for life?

Children don’t play much anymore. Parents are either too concerned about the safety and security of their kids running free, or they can’t tear them away from screens (phones, television and video games all vying for attention). Play at recess has all but been outlawed for fear of injury.

Recreation is something that gets scheduled, like a dentist appointment. And if a child is good at a game such as hockey or soccer, parents are often drawn into year-round programs that exclude other sports.

In recent years, specialization in sport, especially for preteens, has come under fire by educators and most sporting bodies.

These issues have led to a slow but steady crawl into something of a sport and health-care crisis.

You know some of this story: That children are chronically inactive, leading to soaring obesity rates (according to the Canadian Medical Association, 27 per cent of youth between the ages of two and 17 are overweight or obese). Playground play is just one endangered species in this tale. At school, phys-ed class is something to be skipped — not just because it’s the Friday afternoon of a long weekend, but skipped by most students altogether after Grade 9, the last year it is mandatory in the province of Ontario.

It infuriates Schwarz that children are kept from doing what comes naturally, being physically active.

“My son can’t bring a ball to school,” he says. “Some kid in Toronto got hit in head with a rubber ball and they’ve banned all balls in the schoolyard.”

Balls aren’t the only schoolyard targets. A few years ago, a school on Long Island banned cartwheels and games of tag. One can’t be too careful.

Schwarz, the father of a boy and girl, ages 9 and 12, keeps a trampoline in his backyard so his kids can develop co-ordination through jumping. On weekends, he rounds up neighbourhood kids and takes them to a playground with a bag of balls. 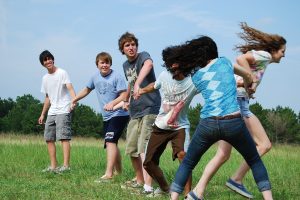 “Play is free,” Schwarz says. “Throwing a ball at the garage door is free (though not always popular with mom and dad). So is bouncing a ball off the roof, or playing catch.”

Numerous studies have shown that playing just one sport dramatically raises the risk of injury.

Hockey players who didn’t learn to evade danger on the playground or football field, lack sporting instincts when a player is skating at them.

“They don’t know enough to step to one side — kids run right into each other,” Schwarz says. “Then when they fall, they haven’t fallen before in wrestling or gymnastics … they bang their heads on the ice.”

Hockey players lift fewer weights than they did, part of the game’s evolution toward speed and skill and away from brawn. For 10 years, Schwarz has been saying that hockey players would soon look less like football players and more like tennis players. That day is here. We present Senators forward Derick Brassard as Roger Federer. In the Senators strength room, Schwarz oversees unusual competitions beyond the weightlifting apparatus, often involving darts and simulated bowling.

“I spend time playing games that look nothing like regular games,” Schwarz says. “A Deadpool challenge. They’re bowling on the turf to numbers, and if they hit the numbers they get extra points. It can be fun.

“It’s got to be fun. Not so structured. Make up your own rules.”

Speaking at a conference in Denver a few years ago, Schwarz delivered a zinger that still gets talked about in NCAA circles when the discussion of spontaneous reaction surfaces.

“Sport is not dance rehearsal,” Schwarz told the conference. “Somebody doesn’t come at me and say — please go this way. It’s ever-changing.”